So here on the bloggybloo, I decided to create a new little series.  Cheap Thrills features novels, novellas, anything you can read that costs less than five dollars.  This will hopefully include mostly self-published authors, so we can explore this wonderful new way to support authors and read new stories!

Today I have two reviews for you! 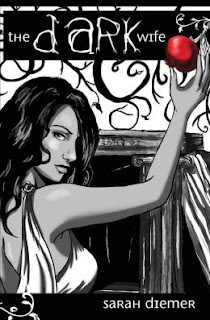 The Dark Wife
By Sarah Diemer

This is a young adult retelling of the wonderful Persephone myth.  The Persephone myth has been transformed to YA readers before, but never quite like this. In Diemer’s novel, Hades is not a god, but a goddess like Persephone.  This change begins a lesbian retelling of a familiar tale. Persephone is a soft-spoken and eager young goddess who chooses to go to Hades’ underworld in order to escape having to live on Olympus with her horrific father, Zeus.

The writing of the novel is vibrant and detailed, while occasionally veering into prose a little too purple for my taste.  However, it’s rather fitting for the storyline so I was willing to mostly overlook it, although a few times it is so dreamy that it drags.

Despite some promising plot points, where the novel really fails is in the characterization of Hades.  She is so sickeningly sweet that she gets a little boring.  Never once does she get angry, even when it would have been appropriate for her to be.  She is completely perfect: loving, caring, understanding, fair, queenly, romantic.  Hades doesn’t have a single flaw.  For such a character-driven romance, it’s a huge problem.  Persephone is a realized character- likeable, but with an arc and flaws.  Her romance with Hades, while sweet and caring, lacks an equal partner in that.

Overall, I think this novel is very important.  As a straight, white, middle class girl, I never had to search for representation in my young adult literature.  I was represented constantly- perhaps the most currently famous YA heroine Bella Swan and I even share a hometown! But for queer girls and boys, there are so few supernatural YA novels with representation.  So even though I think there were problems in the novel, I think it is incredibly important and refreshing to have a supernatural novel with queer characters.  If you’re interested in reading more like these, Diemer has plenty to try!

The Dark Wife is a dreamy, lovely novel about two young women falling in love in a mythic world.  Despite characterization and prose flaws, this novel's unique tale is important for representation in the young adult genre. 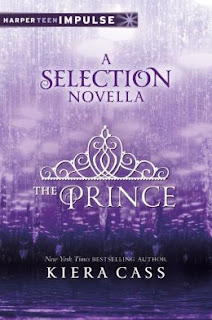 The Prince is a novella (less than a hundred pages) set in the same universe as Cass’s the Selection, which we previously reviewed here.   The Prince examines the life of Prince Maxon, one of America’s love interests.  It chronicles some brief moments in his life, particularly rejecting a girl before America, and then his meeting with America.  It gives his perspective on some of the events that happen in The Selection.

Honestly, I forgot how much I disliked The Selection until I started reading this novella.  It is so… annoying.  The beginning isn’t terrible- although the rejection scene is eye roll inducing and the characterization of the prince who is just misunderstood by his ruthless king father is definitely overly familiar.

It gets bad when America shows up.  The amount of girl-hating is ridiculous.  Cass puts America up on a pedestal, constantly pointing out how she is not like those Other Girls- gross, femininity! She is tough and unique and she is Different!! The way she (and in a more subtle way, Maxon) puts down the other girls in the novel is constant.  At one point, she even directly points out that she doesn’t like something because everyone else likes it- which in my opinion, is as bad as liking something because everyone else likes it.  I don’t mean to put down girls who are tomboys or outspoken, but there is no wrong way or right way to be a girl.  Putting down other girls just because they’re- or you’re- different is wrong and hurtful.  Putting it in a YA novel for other girls to see and learn from is a fast way to make me dislike your novel.

Anyway, besides my rant, the novella doesn't really give us anything new. Maxon is still mostly a bland but fairly sweet prince.  He is much less stiff in this novella than in the actual novel, which does serve an improvement.  It gives the impression that his formality is a mask, and that is a great characterization.  I wish we saw more of that, though- he serves mostly just to think about how remarkable America is.

Overall, unless you loved The Selection, skip this book.  It gives very little new plot details or characterization of Maxon.