Unsurprisingly, the Best Picture race is filled with films that were based on the book because the human race has probably used up all of its remaining creativity just short of using up all the oil and ozone (I kid, I kid! Positivity right?). We are kind of obsessed with both books and the Oscars, so here is a brief review of each book and movie (and whether or not you should read v. watch) after the jump.


Because I'm a proper public-school-educated American, I know absolutely nothing about the United States' military history that doesn't have to with the Revolutionary War (screw those Brits!), the Civil War (but we got rid of slavery, in the end), and World War II (Remember? America, we were the good guys!). So Argo is unfortunately, a bit of a serious education about the Iran hostage crisis. Long story short, 6 Americans escape the takeover of the American embassy and hide out in the Canadian embassy until Antonio Mendez (author and CIA forger/disguise/expert extraordinaire) is able to exfiltrate them under the guise of a Canadian movie crew scouting a location for a film “Argo” in Iran.

This is a little different because this is obviously a real-life story. The author isn’t a great poet or wordsmith, he’s just an ex-CIA agent who was probably told to crank out this book in lieu of the movie release. This isn’t to say that the book isn’t just as fun and heart-pounding as the film, it is just that there aren’t any sweeping passages, brilliant narrative structure, or poetic elements that are about to change your life. It is the straight-up honest truth about what happened, with a few golden nuggets of extra character you don’t get in the film.

The movie is a fast-paced Americana thriller based on Mendez’s story, with some “Hollywood” added clearly for the Academy (Affleck’s character has a tenuous marriage because his job is just so top-secret cool that he can never be there for his son, real-life Mendez was happily married and was no tortured soul, just a sometimes-arrogant awesome-person). Even though you KNOW what happens, you’re still holding your breath until the crew crosses into friendly airspace. And jesus, it was one of the shortest Oscar-nominated movie at a clean 2 hours. The cast is extremely male-dominated (I guess it is the CIA in 1979) and every American-looking TV actor was cast for it (my favorite was seeing Captain Jack (John Barrowman) make a 30 second appearance), but they were spot on with clothing, hair, and makeup. There was way too much hair/mustaches/necklaces/awful suits. Exactly what I suspected the late 70’s to be.

MOVIE or BOOK
Honestly, the book is fun but it is only required reading if you really want to know more about the inner workings of the CIA and professional makeup artists and forgers (I dunno, maybe if you really want to know what it’d be like to work in the CIA in 1979 and smoke indoors). If you just want to know what happens in written form, I can direct you to the Wikipedia article “Canadian Caper.”
I’d recommend the movie, keeping in mind that Hollywood does like to add its embellishments (aka intense police chase on the tarmac). 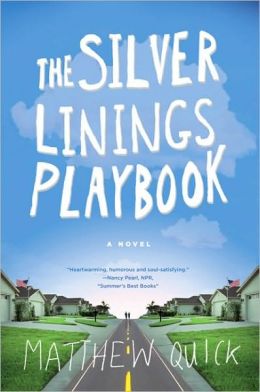 In Silver Linings Playbook, Pat Peoples, fresh out of a mental institution, is determined to get his wife back, get fit, and cheer the Eagles to victory.  He struggles with his mental health and getting back to his life.  Along the way, he meets Tiffany- another sufferer of mental illness and a fierce woman.  She forces her way into his life and demands he helps her win a dance competition.

This sounds like it could be depressing and bleak, but if that were the case- let’s be real I probably wouldn’t read it.   I am a huge supporter of optimism in art and literature, and this story is exactly that. Pat’s childlike optimism drives the book.  His optimism can skew his vision of reality, but it also serves to give the book an undercurrent of hope.  His belief in silver linings, happy ending, and his new motto “be kind, not right” all work together to show brightness in the dark plotline.

The book and movie follow the same basic plotline, but show the story in different ways.  The book is a smaller event, brief and realistic moments in a man’s life.   The movie includes standard rom-com fare- but in a great way.  I thought the changes the movie made were fun and didn’t detract from the novel.  The book is more realistic; the movie has the feel-good moments.  Neither is better than the other- it depends on what you’re looking for.   Both tackle the issue of mental illness unflinchingly and with care.  They do not suggest that everyone suffers these issues in the same way- this is one story of one man and how his illness affected his life.
Ultimately, this story is about broken people finding their happy endings.   They are not always the happy endings they thought they wanted, or the ones they expected, but they are there.  This story is about finding happiness, and it is damn happy in the end.

MOVIE or BOOK- TOSS UP!
This is a total preference call, in my opinion.  I saw the movie first, so I think I preferred that.  Don't get me wrong- the book is great.  I love romantic comedies and the somewhat predictable scenes that come with them, so I loved the movie.  But I also love quiet stories on small scales, so I loved the book.  Do yourself a favor- read the book and watch the movie.  Tell me which one you liked better.

Sorry guys. We grappled with how we'd do this in a short amount of time (we do have some semblance of "a life") and we decided... Sparknotes. Victor Hugo, cool dude, wrote Hunchback of Notre Dame also but man, this book is hella long and we all already know what happens.

Oh and because you're going to see Anne's song unless you live in a cave, you should definitely see the trailer with Éponine's (Samantha Bark) "On My Own."

MOVIE or BOOK
We say movie. You'll still have to commit some serious time to it.

The Life of Pi 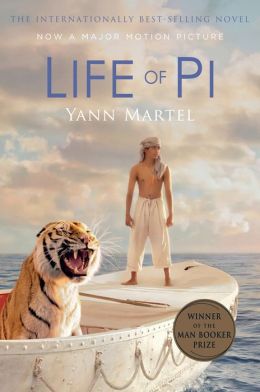 To be honest, we both read this book a really long time ago. I mean come on guys, it was a thing in 2001-2003 to read this book. Casie saw the movie and thinks it was okay. Laura thinks the book might have been okay. Please read this book and tell us the answer.

Beasts of the Southern Wild

Alright, since you guys let us cop out of Les Mis and Life of Pi, I'll at least put forward a little extra effort, I read the one act play that inspired the film, Juicy and Delicious by Lucy Alibar. "Inspired by" is a key term here, that although there are a lot of elements that are clearly from the play in the movie, it is very, very different. This is the story of Hushpuppy and her/his (this depends on movie/book) daddy who are living through a fantastical apocalypse in the bayou.

Despite being one act, the play has A LOT of things going on that I'm sure I didn't get. I am a hundred percent sure that the hour I took to read it during my lunch break was no where near enough time. The play very directly addresses a lot of the fantastic that the movie alludes to. For instance, the play's apocalypse features grits, daisies, and lemons falling from the sky where the movie is more grounded in a more realistic world where the apocalypse is an environmental one.

LAURA'S DEEP AND IMPORTANT OPINION ON THE FILM
I personally really liked Beasts of the Southern Wild.  It’s a rather strange and unusual movie, with room for a lot of interpretation.  A lot of the analyses I’ve read online suggest that the film’s message is that where you’re from shapes who you become.  It critiques the movie as a condescending and exploitative look at “charming poor black folks”.  I agree that this is a legitimate concern in the movie, but I think the message is something completely different than that.  And since I am a total genius expert at movies, I wanted to share my interpretation.

I thought this movie was almost completely about grief and loss.  Hushpuppy’s losses in this movie are extraordinary- she loses almost everything.  Everything –natural and fantastical- that happened around her in the movie all seemed to be metaphors for grief to me.  The movie chronicles Hushpuppy’s desperate attempts to avoid facing her grief- to avoid facing the things coming for her.  In the end, however, this movie is about a little girl’s ability to overcome and control her own grief.  It’s a stunning movie, visually.  It’s open to interpretation- the Beasts are what you think they are.   The only thing that truly matters in the end is Hushpuppy and her daddy.


MOVIE or PLAY
I'm sure that if I could see the play in action, I'd have an entirely different opinion. Or I'd be even more confused. For now, I'd heartily recommend the movie and be heartbroken when it doesn't win Best Picture for being too indie and from so long ago.